HISTORY OF THE SIOUX FALLS JAYCEES

Since 1935, the city of Sioux Falls has benefited greatly from the efforts and commitments of the Sioux Falls Jaycees. Many programs offered today are the direct result of the Jaycees' desire to improve our community by seeing a need and employing the means necessary to provide a solution to these problems.

THE FOUNDING OF THE JAYCEES 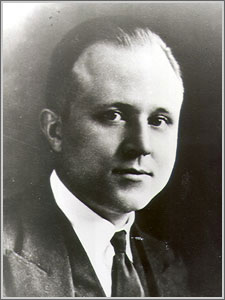 Henry Giessenbier founded the Jaycees in 1920 with 3,000 members in St. Louis, Missouri. It was Henry’s vision to provide young people with opportunities which they had little or no access to otherwise attain. He believed that young people could change the world. He was right.

Henry felt that in order for young people to improve their prospects for social and career advancements they would first have to join forces socially. This progressive attitude, that young people can make a difference, became the hallmark of the Junior Chamber (Jaycees).

As a Jaycee, you can join other members of the community and make an impact on yourself and those around you. Help provide direction and leadership, build on self-improvement and build a better tomorrow.